I'll also be releasing the source for a side project...RomTerraria.MonoGame.  Essentially, I've been working on creating a one-click solution to convert compiled XNA projects to MonoGame projects.  It's not as easy as I'd like it to be, but I've been making great progress using Terraria as a test bed and hopefully people with more time than me can help make it a reality.

I've written code that injects the proper set of MonoMac calls necessary for Mac games in MonoGame to work right and changes the entry point to the assembly... 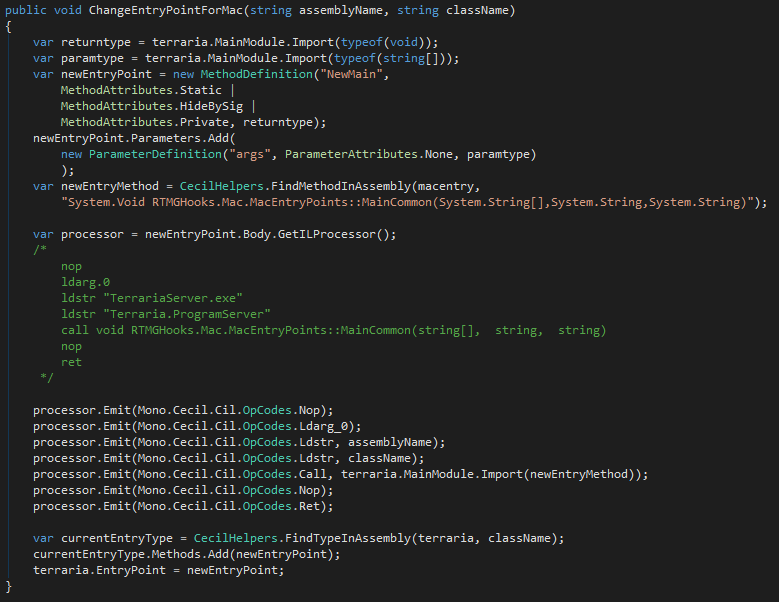